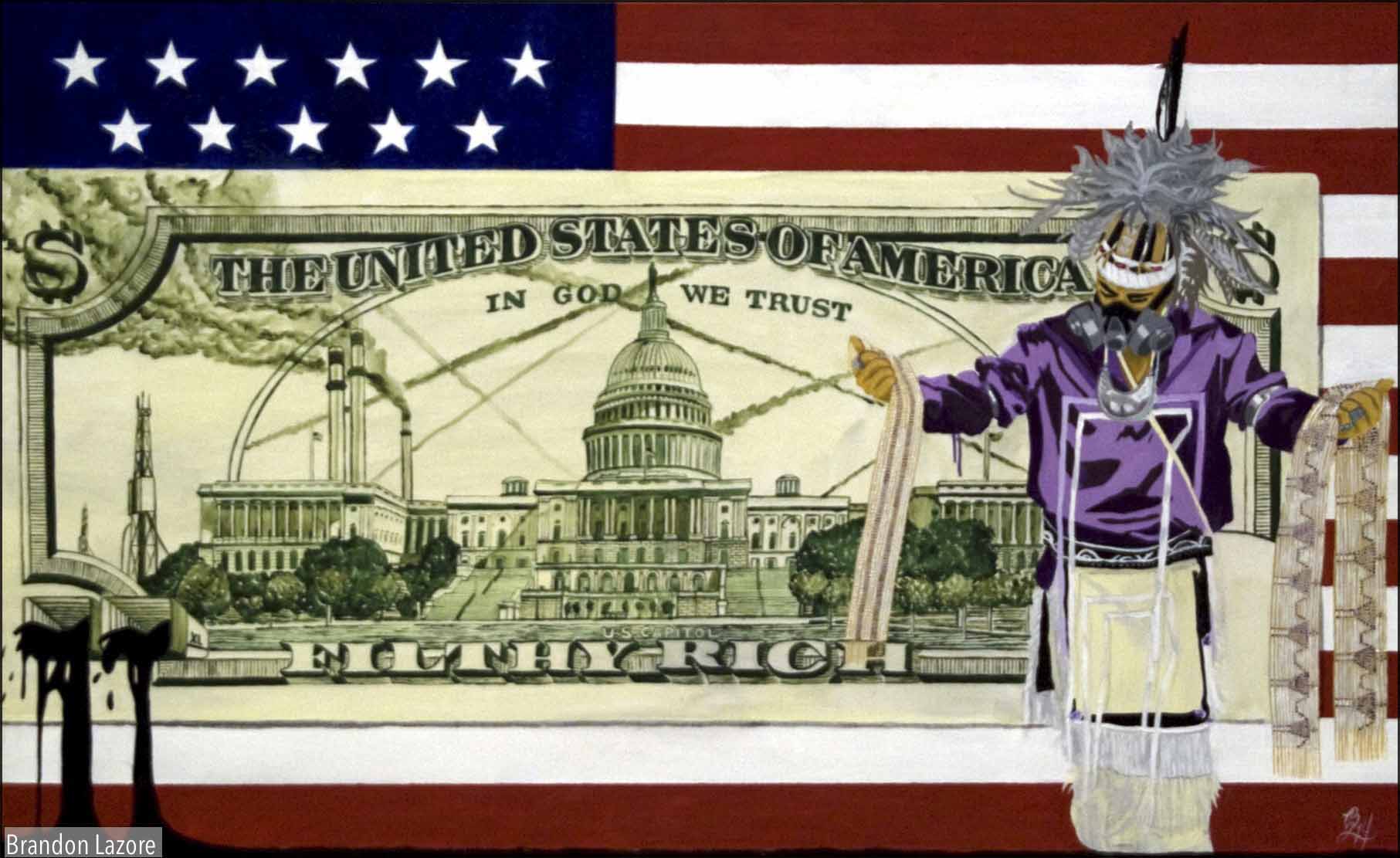 Ph.D. Candidate in Religion at Syracuse University. Webmaster for the Doctrine of Discovery educational resource.

“Peace can only be attained when human beings live in proper relationship to the natural world” ~Tadodaho of the Haudenosaunee Confederacy, Sid Hill

“The pandemic gives us all an opportunity to be at home and reflect on what we have done and where we are going. It is an opportunity for Mother Earth to breath, rest and recover.” ~Jake Haiwhagai’i Edwards, Onondaga Nation citizen

Learn more about the conference

The “Doctrine of Discovery,” better described as the “Doctrine of Christian Discovery and World Domination,” established the worldview that not only brought devastation to the natural world, but also impaired the ability for human beings to live in proper relationship with the Earth. 15th century Papal Bulls, issued by the Vatican, justified the assault upon Indigenous Peoples as an artificial justification to take possession of their bodies, lands and resources in order to finance their New World Order. This worldview advanced the Age of Discovery as an extension of the Crusades, and was the conceptual framework behind the Protestant Reformation, the establishment of Nation States around the world, and later secularized to define colonialism, white supremacy and global capitalism.

Essentially, what defines Indigenous Peoples is their relationship with a living landscape that includes the soil, water, air, and all other non-human being co-inhabitants. This orientation to land is distinctly opposed to the European concept of owning land and the process of colonization. Indigenous scholars have discussed these two opposing orientations as being one of habitation and the other, of occupation. Although the violent seizure of Indigenous lands was initiated with “discovery,” corporations today, continue exploiting Indigenous Peoples and their land all over the world. The Doctrine of Discovery is the root of the problem, and the reason that it is discussed at the United Nations Permanent Forum on Indigenous Issues.

This current pandemic and the escalating climate chaos clarify to everyone that there are consequences to the devastation humans have perpetrated upon the environment. As Oren Lyons has pointed out, Natural Law will reestablish balance, and these climate changes will not destroy the Earth, but will most likely destroy the human beings who abuse her. The earth will rebound in its own time. If we are to survive as a species, we must reorient to an Indigenous worldview acknowledging that we are first and foremost, co-inhabitants with this Earth—not in charge of it. These Indigenous values, along with the acceptance of traditional ecological knowledge, will transform future technological innovations possibly resulting in a viable future for our species. Religious concepts of imperial thinking urgently need to be re-imagined; messages from Indigenous Peoples need to be heeded; and environmental justice needs to be restored. Racist ideologies of conquest and domination are directly connected with domination of the Earth and other non-human beings.

This conference will connect the dots between our current pandemic, environmental devastation, the Doctrine of Discovery, and a way forward. Too often these are thought of as unrelated concepts, rather than being the core impediment in working towards social justice in an ecologically balanced Earth. Our speakers have been working in these areas for many decades. Participants will hear the wisdom from the traditions of the Haudenosaunee (Iroquois), as well as other Indigenous Peoples. Through virtual discussion groups, you will be able to interact on how best to implement these values of respect, thanksgiving, and peace into your lives. Please join us in August 2020 for conversations about the Doctrine of Discovery, so we can begin the process of decolonization back to understanding our proper relationship to the natural world and peace.

View the schedule Download the flyer as a PDF

198 Years of Domination: Screening of The Doctrine of Discovery: Unmasking the Domination Code with Panel

Steven Newcomb (Shawnee/Lenape) Prior to the invasion of this continent (“North America”) by representatives of the monarchs of Western Christendom, the o...

The idea that Chief Wahoo is somehow honoring Indigenous peoples and his removal is cancel culture is not only absurd but is the reinforcement of the mind...

We should note that from the perspective of Native Americans, religious freedom has never been a good tool.