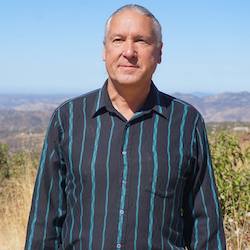 Significant aspects of this research were published in the New York University Review of Law & Social Change (Vol. 20, Number 2, 1993), “The Evidence of Christian Nationalism in Federal Indian Law.”

In United States law, early documents of “discovery” and conquest, issued by a number of fifteenth century popes, form the basis of denial of the rights of Indian nations and peoples. As a result, the United States continues to deny that Indians have complete rights of sovereignty and territorial integrity, simply because Indians were not Christians at the time of Christendom’s arrival to the Western Hemisphere. By dehumanizing Indian people, and by considering their territories as being, with “respect to Christians,” “inhabited only by brute animals,” the Christian world created a system of colonization that has not yet ended.

Truth and Justification: On the Cruelties Against Indigenous People Permalink

And yet, all across Mother Earth, stories reverberate of Indigenous nations and peoples’ resistance and refusal in the face of the settler colonial state. We...

Read the Mennonite statement repudiating the Doctrine of Discovery.