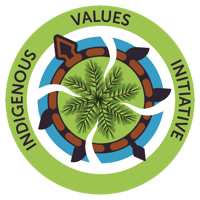 Requerimiento [“Requirement], by Charles I of Spain [abridged]: Spanish conquistadors read this document, composed in 1514, to Indians of the new world. It briefly explains Spain’s assertion of its legal and moral right to rule over the inhabitants of Latin America. It also provides a rationale for a “just war.” Legalistic Spaniards devised this doctrine so that you could “legally” enslave Indians who refused to agree with all the statements of the requerimiento. Notice the dire warning in the last paragraph to those who do not submit. Of course, not knowing the Spanish language, most Indians had no idea what transpired with the reading, but found themselves enslaved nonetheless. On behalf of the king and the queen, subjugators of barbarous peoples, we, their servants, notify and make known to you as best we are able, that God, Our Lord, living and eternal, created the heavens and the earth, and a man and a woman, of whom you and we and all other people of the world were, and are, the descendants. Because of the great numbers of people who have come from the union of these two in the five thousand year, which have run their course since the world was created, it became necessary that some should go in one direction and that others should go in another. Thus they became divided into many kingdoms and many provinces, since they could not all remain or sustain themselves in one place.

Of all these people God, Our Lord, chose one, who was called Saint Peter, to be the lord and the one who was to be superior to all the other people of the world, whom all should obey. He was to be the head of the entire human race, wherever men might exist. God gave him the world for his kingdom and jurisdiction. God also permitted him to be and establish himself in any other part of the world to judge and govern all peoples, whether Christian, Moors, Jew, Gentiles, or those of any other sects and beliefs that there might be. He was called the Pope. One of the past Popes who succeeded Saint Peter, as Lord of the Earth gave these islands and Mainland’s of the Ocean Sea [the Atlantic Ocean] to the said King and Queen and to their successors, with everything that there is in them, as is set forth in certain documents which were drawn up regarding this donation in the manner described, which you may see if you so desire. In consequence, Their Highnesses are Kings and Lords of these islands and mainland by virtue of said donation. Certain other isles and almost all [the native peoples] to whom this summons has been read have accepted Their Highnesses as such Kings and Lords, and have served, and serve, them as their subjects as they should, and must, do, with good will and without offering any resistance. You are constrained and obliged to do the same as they. Consequently, as we best may, we beseech and demand that you understand fully this that we have said to you and ponder it, so that you may understand and deliberate upon it for a just and fair period, and that you accept the Church and Superior Organization of the whole world and recognize the Supreme Pontiff, called the Pope, and that in his name, you acknowledge the King and Queen, as the lords and superior authorities of these islands and Mainlands by virtue of the said donation. If you do not do this, however, or resort maliciously to delay, we warn you that, with the aid of God, we will enter your land against you with force and will make war in every place and by every means we can and are able, and we will then subject you to the yoke and authority of the Church and Their Highnesses. We will take you and your wives and children and make them slaves, and as such we will sell them, and will dispose of you and them as Their Highnesses order. And we will take your property and will do to you all the harm and evil we can, as is done to vassals who will not obey their lord or who do not wish to accept him, or who resist and defy him. We avow that the deaths and harm which you will receive thereby will be your own blame, and not that of Their Highnesses, nor ours, nor of the gentlemen who come with us.

Uniting Church in Sweden Repudiates the Doctrine of Discovery

Read the Uniting Church in Sweden statement repudiating the Doctrine of Discovery.

Evangelical Lutheran Church of America Repudiates the Doctrine of Discovery

Read the ELCA’s statement repudiating the Doctrine of Discovery.

Christian Domination and the Failure of ‘Truth and Reconciliation’

A conference in Onondaga Nation Territory, at Syracuse University and Skä·noñh—Great Law of Peace Center, Saturday and Sunday, 17-18 August 2019.

The Doctrine of Discovery and Colonial Terrorism: A Dialogue Between Sovereign Women, Weaving Indigenous Truths Across Time and Space

Like the rings of a tree, the record of our people, our indigenous truth, is carried in the bones of indigenous women, which we bear forth with every birth o...