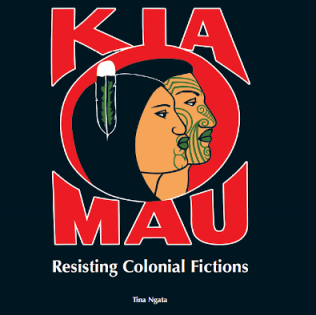 Dismantling Frameworks of Domination, Rematriating Ways of Being.

Every few years, when the Doctrine of Discovery gets traction, someone raises the old chestnut of Sublimis Deus as apparent proof that the Catholic church did already rescind the Doctrine and therefore it’s not necessary. I should probably do a blog post that I can just repost.

Whenever Sublimis Deus (also called Sublimis Dei) is raised in this fashion I see it as a kind of red flag for groups that aren’t really ready to reckon with history, or be accountable to history, but rather be absolved of their role in history.

There are numerous issues with citing Sublimis Deus in this manner.

Ironic huh. Just goes to show how easy rescinding a papal law is when they want.

Also interesting that whenever people raise it in this fashion, they rarely acknowledge that it was rescinded just one year later.

These were both Catholic monks. So not only were they arguing that native peoples could be dispossessed, enslaved and harmed, but that they could also be righteously slaughtered because they’re not actually human and are enemies of Christ.

They were able to be cast as enemies of Christ because Pope Paul did NOT actually rescind the previous bulls, so they still stood (and still stand)… but even over the year within which Sublimis Deus was in effect June 1537-June 1538, European thugs like Pizarro and De Salazar were still invading, killing, & enslaving Native peoples on behalf of the Catholic church and Monarchs of Europe because they were deemed ‘enemies of Christ’ and the previous papal bulls still compelled them to do that to enemies of Christ.

The other argument offered by the church against rescinding the papal bulls is that they “mean nothing” and are irrelevant. Of course, if they mean nothing to the church but clearly mean something to Indigenous Peoples then rescinding them should be a simple matter, and not rescinding them is an abuse of privilege and power. So there, anyone raises Sublimis Deus to you, smack em with that. 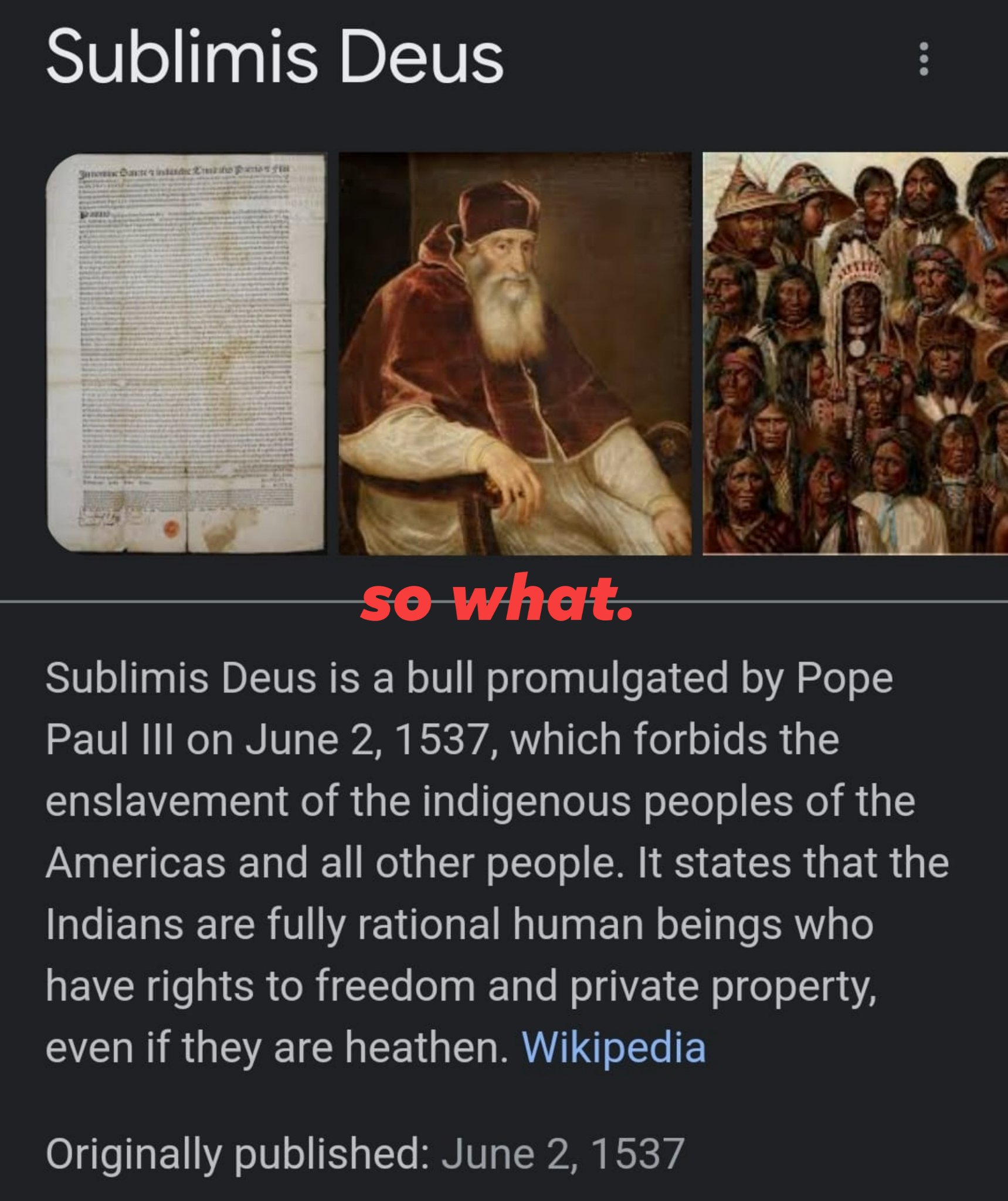 The fracturing of the Fifth Circuit Court of Appeals in its effort to decide Brakeen in 2021 demonstrates the deep confusion and contradiction (some say schi...

Sublimis Deus, Pastorale Officium and Non Indecens Videtur – A Historical Dive Into the Vatican’s Failure to Rescind the Doctrine of Discovery

In our journey of dismantling the Doctrine of Discovery and its horrible legacy, there is a recurring argument from the Catholic church and its supporters, t...

Ruth Bader Ginsburg on the Doctrine of Discovery.

With issuance of 15th century Papal Bulls known as the Doctrine of Christian Discovery, religion has been used all over the world as a weapon against Indigen...